A luxurious, active lifestyle located on a quite village island retreat. Welcome to Water Pointe, a 60-unit condominium building on the shore of Morse Pond in Queset Commons, a budding, contemporary Village in Historic Easton, Massachusetts, some 25-miles from downtown Boston.

Nature and Luxury, Leisure and Activity

Cross the bridge, and in you're in another world, where the water shimmers in the sun and laps in whispers against the shore of a woods-enclosed pond.

Make your way to the private entrance of your luxury-appointed home at Water Pointe, your suburban oasis located far from the madding crowd. Jog, bike, canoe, or work out in a fully equipped fitness center. Walk wooded trails or through the village to do your banking, to restaurants or shops. Or just relax in the comfort of your home, featuring high-quality wood and tile floors, granite countertops, lots of natural light and a fireplace to warm your spirit. 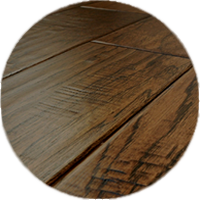 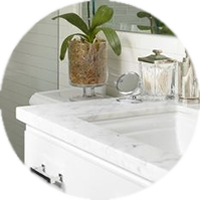 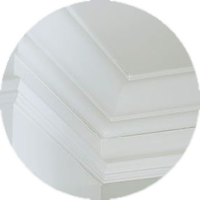 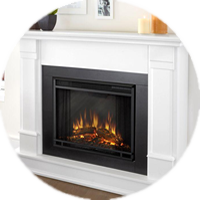 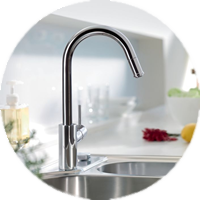 We’re on our way to making the Water Pointe the complete community you’ve been looking for. Check here to monitor our progress.

Water Pointe’s residences are built to last, with a close eye to detail and using the highest-quality methods, materials and craftsmanship, yet at prices far below those you’d spend on luxury residences in Boston’s most prestigious neighborhoods. From what you can see – the wood and tile flooring, cabinetry, crown molding, and locks and hinges – to what you don’t – premium sound-deadening insulation, fire safety design and systems, and energy-efficient materials – your Water Pointe home will surround you with durability, visual appeal and comfort for many, many years.

Water Pointe is the second stage in the creation of Queset Commons, a 42-acre upscale community launched 30-years ago by Douglas A. King Builders. Set in suburban Bristol County, Queset Commons is just minutes away from two interstate highways, a regional train station, private airport, golf courses, a hospital and a college campus.

Queset Commons is a smart growth development located in Easton, Massachusetts that provides an attractive option of convenient, safe and healthy living. Queset Commons’ great architecture, landscape and neighborhood design is making a difference, boosting the local economy, protecting the environment and public health, and enhancing community vitality. It’s a new neighborhood encouraging social, professional, retail, and physical activity that preserves the best of Easton’s 300-year past while creating a bright future for residents, workers, and visitors.

In the mid 1960s, Douglas King began working in the construction industry while attending business classes at Northeastern University. By the time he was 21 he started the company named for him and had begun work on a variety of projects. Since then Doug King has had great success developing real estate in the South Shore area. Doug has also found time to give back to the community with his many charitable contributions to a variety of organizations.

Douglas A. King Builders, Inc. has been responsible for building more than 1,500 single-family homes, condominium units and rental homes as well as commercial developments in Avon, Brockton, Canton, Easton, Mansfield, Milton, Norton, Raynham, Sharon, Taunton, Walpole and Quincy. The commercial developments of the company vary from luxury office buildings and a medical center to major historic rehabs and shopping plazas. The full range of his work includes:

Incorporated in 1725, the Town of Easton is located 30 minutes from Boston, 45 minutes from Cape Cod, and 45 minutes from Providence. The community is approximately 29 square miles in area and has an estimated 2010 population of 23,357.

The town was first settled in 1694 by Clement Briggs, who established his home near the Easton Green. In 1711, the Taunton North Purchase area became Norton, and in 1713, sixty-nine more families settled in Easton and hired Elder William Pratt as their first minister. In 1725, the area was incorporated as the Town of Easton, so-named because it was formerly called the “East End” of the Taunton North Purchase.

During the Revolutionary War, General George Washington stayed at the Benjamin Williams Tavern on Bay Road, the second oldest standing house in Easton, while on his way to negotiate for cannonballs at the old Perry Foundry in Taunton.

In 1803, the Ames Shovel Works was established in North Easton and became nationally known as having provided the shovels for the Union Army during the Civil War and used to create the Union Pacific Railroad that opened the American West. The Ames family shaped the town’s economy, and was responsible for the presence of a number of landmark buildings in the town designed by H. H. Richardson, originator of the Richardsonian Romanesque style and designer of Trinity Church in Boston.

Easton is situated in the Greater Brockton area, which is strategically located between State Route 128 and Interstate 495, the inner and outer loops around Boston. State Routes 3, 24, ad 28 provide easy access to the airport, and intermodal facilities of Boston and Providence.

BUS: The Council on Aging provides paratransit to the elderly and disabled. Bloom’s Bus Lines provides commuter service from the commuter lot in West Bridgewater at the Park & Ride and at the Raynham Dog Track.

AIR: Taunton Municipal Airport services the private aviation needs of southeastern Massachusetts. Providing a safe and efficient airport, the Airport Commission recently completed several improvement projects with the assistance of federal and state funding. Along with airport improvements, extensive private development has occurred at the airport with the construction of several new private hangars. The airport is one of the fastest growing in Massachusetts based on the significant increase in the number of based aircrafts.

Live It. Love It.

Schedule a Private Tour and Experience the Water Pointe Difference.